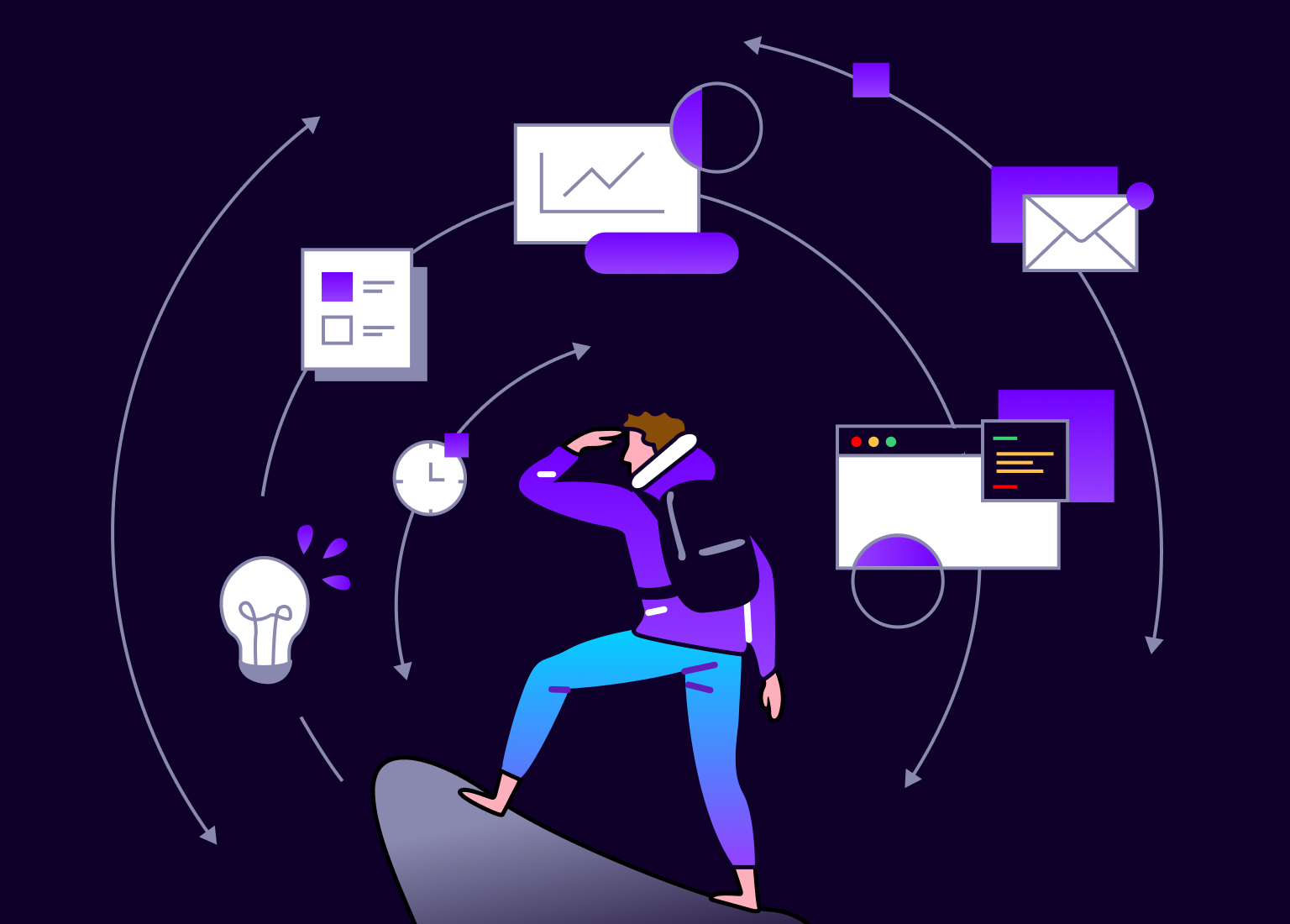 We caught up with design leader, Chief Design Officer of Upzelo, and Founder of Design Leaders Studio, Martyn Reding to discuss the transition from leading design and research efforts at mega-brands like Virgin and Zoopla, to the messy world of startups. 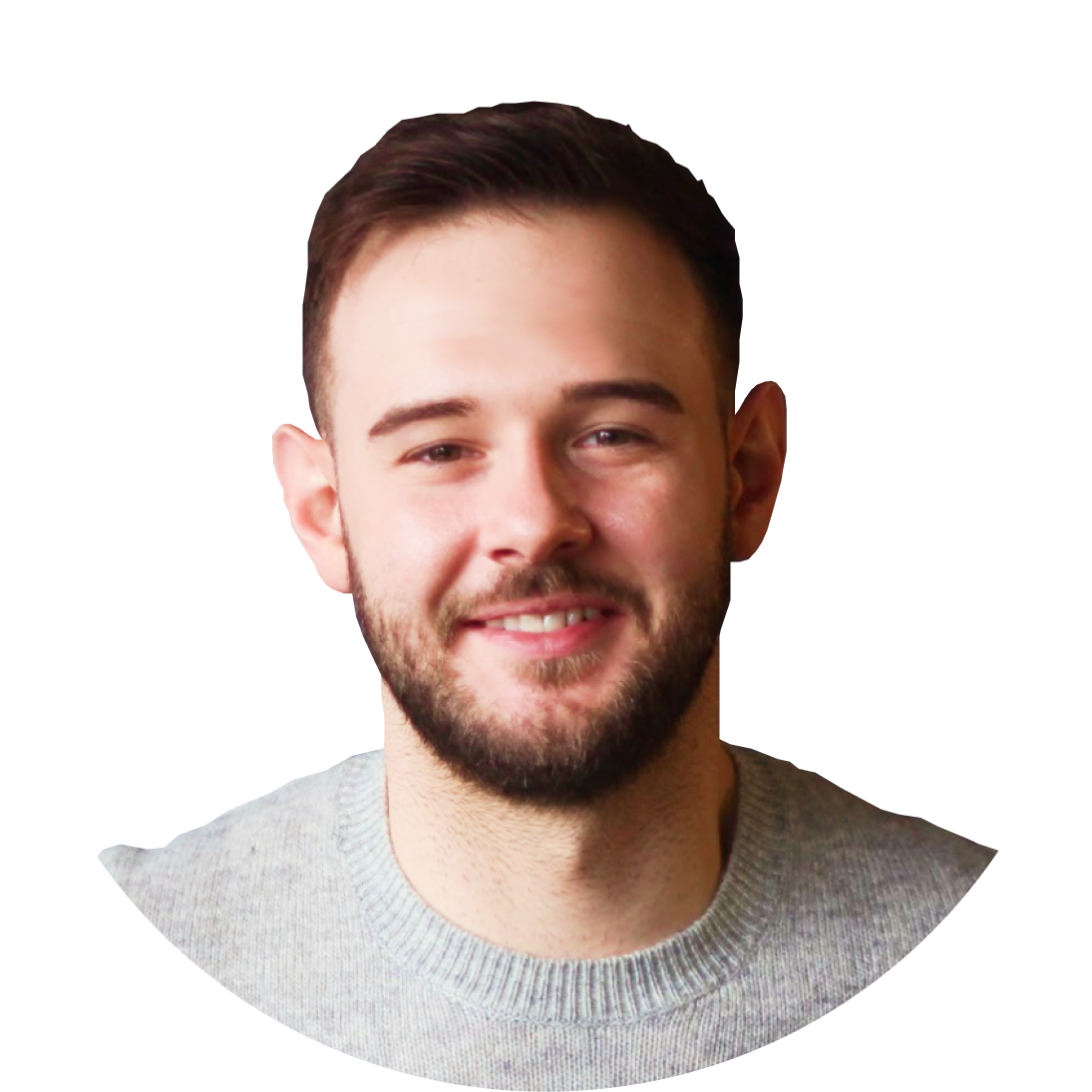 Having known Martyn for many years, this one is particularly special for me. To have the opportunity to interview someone who’s provided me with so much inspiration and guidance throughout my career is a real privilege. So today I’m happy to share some of his wisdom with the research community.

This interview is full of insight, we hope you enjoy…
‍

2021 was somewhat of a transition year for you Martyn, from leading design and research efforts at mega-brands like Virgin and Zoopla, to the founding team at Upzelo, an early stage startup. How have you found the move?

It's been a huge learning opportunity. I wasn't specifically planning to make a move or change, but the opportunity came along via a friend, someone that I'd worked with in the past who’d recently exited a business, and was keen to try something new.

It’s been an exciting experience so far. Lots of the things I’ve learned along the way have translated seamlessly, and lots of the things that I’d come to rely on working within large organisations have gone. So I've had to learn to adapt to different ways of working, ways of thinking, and ways of communicating.

The team at Upzelo often make fun of me for the amount of slides that I create. For the first couple of months I had to make a real conscious effort to get myself out of the habit of using slides as my default communication method. In a large organisation they’re like currency - you have to communicate a lot of complex information across large groups of people, and that communication has to work even when you're not in the room. Slide decks have always been part of that process for me, yet they have almost no value when there's just a handful of you working on something.

One of the biggest learning curves for me has been in moving away from working within a team with a well established brand, product market fit, and a clearly defined strategy. When we started Upzelo, we had some sketches on paper and that was it. We didn't even have the name of the company - just this broad idea of where we wanted to go. Having no legacy and no structure sounds incredibly liberating, and it is, but it's also really terrifying because it's an utterly blank piece of paper with no constraints.  So it's like ‘Frontierland’, and you just don't know where the edges are.

So the journey started with a lot of definition work, and a lot of having to get together and think very carefully about the ultimate aim and the first steps to getting there. You find yourself constantly oscillating between what can we do today, right now, and what is our endgame? This is a very different way of going about things.
‍

And what impact has this had on your research and design process? Are there any key differences between working at scale, and a startup environment?

Well there's lots of practical differences of course; you're no longer having to communicate across vast ranges of disciplines, skills, people, time zones, languages etc. You’re now in a much more confined space where you can move on insights and observations much more swiftly.

But whether you're a very large organisation with 1000’s of people, or a very small organisation who's still defining itself, in my experience research is about balancing and fighting against the same two things; apathy and amnesia.

By ‘apathy’ what I mean is “I’ve done this before, and I've had success - therefore I don't need to do it again”.  When people don't invest in design and research because they don't see a value from it, they become apathetic. And then you’re constantly fighting a battle to use a process that isn’t welcome - either due to the speed that you’re able to work, or the cost of it. Validation can also lead to apathy. If you're researching for validation, you're probably never going to really realise the true power of research.
‍

“If you're researching for validation, you're probably never going to really realise the true power of research.”

Rather than doing qualitative work, you might as well just throw a split test out there - because you never really get the value out of it. If you're researching and you're testing to prove yourself wrong - that's where the magic really happens.

And then the other side of it, is sort of a ‘corporate amnesia’. Whether you're small and fast, or you're big and complex, it's the concept of “try this… get the results; move on to the next thing…”. Then something changes, something shifts; someone new comes into the organisation with the same idea, and before you know it you're running the same test again. It's duplication, and it's unnecessary. It happens in large teams, and also when you’re small and working at speed. If you don't have that centralised place where you capture things that you've learned and progressed from, you’re likely to repeat yourself.

So these are two things you're going to be constantly balancing. How you approach this can change the fundamental direction of a business, and it can give you advantages and opportunities that you would have never found without it.

There are moments when you can (and should) move through things quickly. But it's about learning when you need to jump into research, and when to say “we've got enough insight to move on with what we know”. As a designer, researcher, or product manager, you need the confidence to move past analysis paralysis.
‍

Can you shed some light into the discovery process you went through in the early stages of Upzelo?

I'd love to tell you about how cleanly it all came together but it just wasn’t like that at all.  Product discovery is ultimately a messy process. That's not to say we didn't put a structure in place or follow best practices, because we absolutely did. I think the reason that things became messy in Upzelo was because the area where we started was incredibly broad.

We started by chasing down various pain points and bringing them all together. We did a ton of upfront discovery which we used to frame jobs to be done - and interviewed people who fit within a certain criteria to understand the things that kept them up at night. We tested some fake landing pages and mock ups, and ultimately found that there were of course multiple problems to solve - so our product concept quickly bloated to become this really complex suite of ideas.  We knew this was an issue when we couldn't succinctly describe it whilst we were recruiting (interviewing people to join an early stage startup is a whole different ball game - you don’t have this big brand, and you’re often pitching to people to come and work with you). We found it would take us 5 to 10 minutes to describe the product, and every time was slightly different. As we put these concepts in front of more and more people, their ability to grasp it was diminishing - this was because we were trying to solve too many pain points identified in our discovery. And then our founder suggested we focus on the subscription cancellation experience and we all just knew that it was gold.

So at that point, we said “okay, let's pause on everything that we're doing, and anything that's in the product that doesn't serve to solve this problem, we're going to cut”. So we spent a day in a room armed with sharpies and post- its, high off fumes, writing a clean and simple vision statement. And when we put this in front of people again the reaction was completely different. It was much more focused, much more positive. At this point, the technical architecture, the design, and the marketing all just narrowed down into a much more simplistic strategy.

So that was the messy aspect; because we couldn't really say why we instinctively knew this was something to focus on initially. We just knew it was one of those ideas that immediately excited us, and a problem space we could all relate to.
‍

“Discovery is a continual thing that should always be happening. Everything that we're doing is an opportunity to discover and learn more.”

From there, the discovery then moved into the next phase where we got some users onto the platform. We repeatedly take steps at every opportunity to put various aspects of the business in front of people, see their reaction, and listen to their observations.  Discovery, for us, is not  “You do your discovery, tick and then we'll move on.”  Discovery is a continual thing that should always be happening - that might be the engineers going away to explore a new integration;  or a designer exploring a new UI. Everything that we're doing is an opportunity to discover and learn more.

So more recently we stopped talking about discovery and the research process explicitly, and we're doing it continuously.
‍

So that’s it for another Interview with Leaders post. A special thanks to Martyn for sharing his thoughts and experiences from this fascinating move into the startup world.

Do make sure you check out Martyn’s Design Leaders Studio if you’re interested in becoming a better design leader, and of course Upzelo - who are doing some groundbreaking work in the B2B customer retention space.

Dualo is an insights hub used by digital product teams to showcase their work and get more repeatable value from their user research and insights. If you're interested in learning more, please request a demo and a member of our team will be in touch. 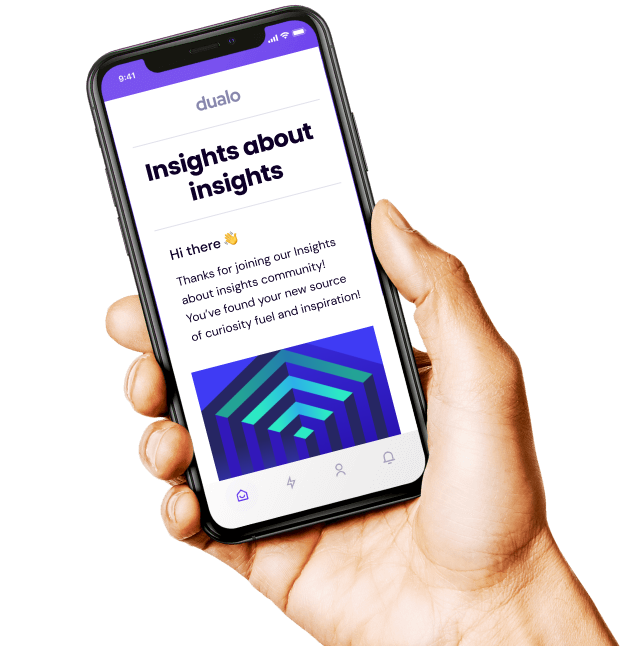 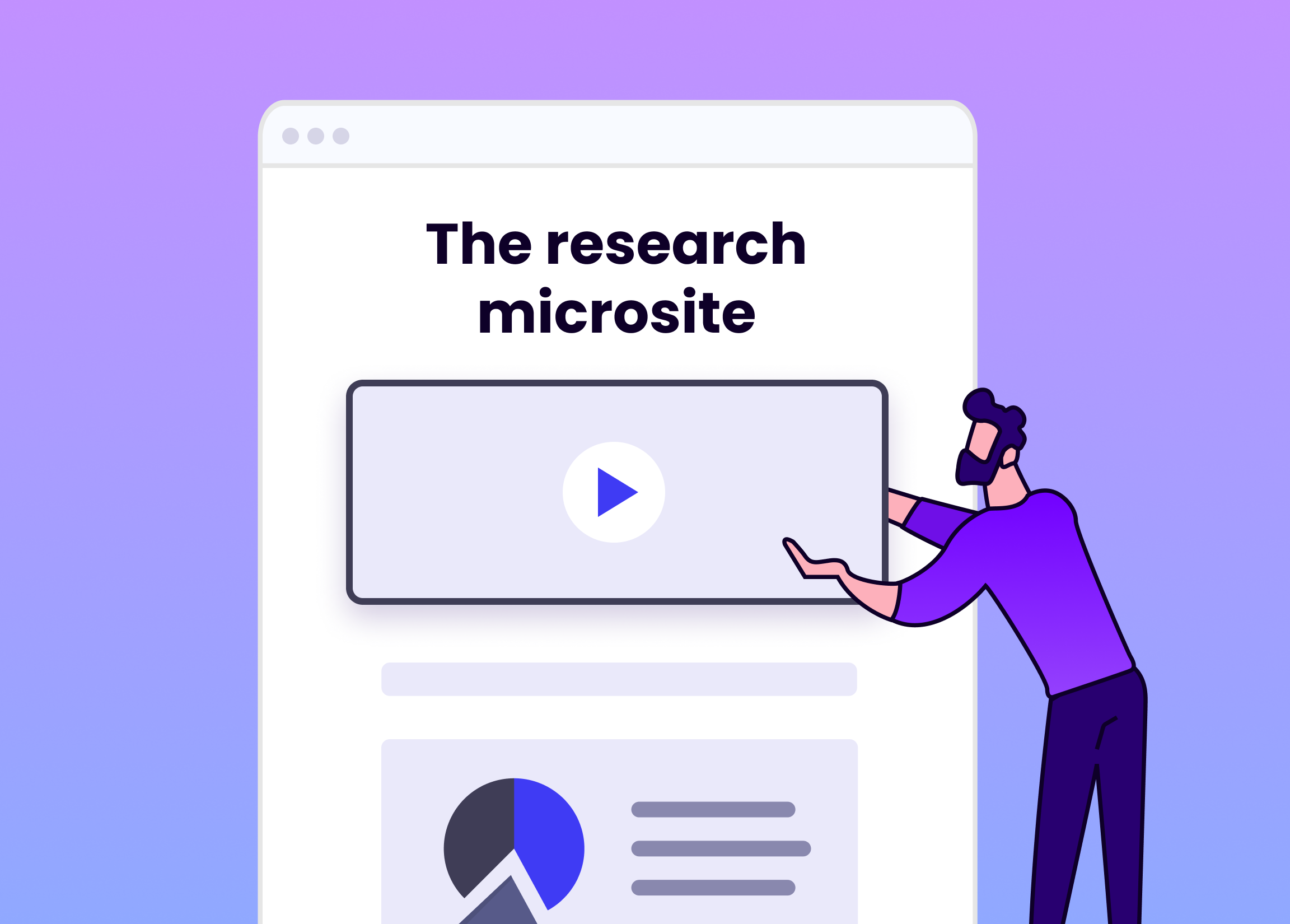 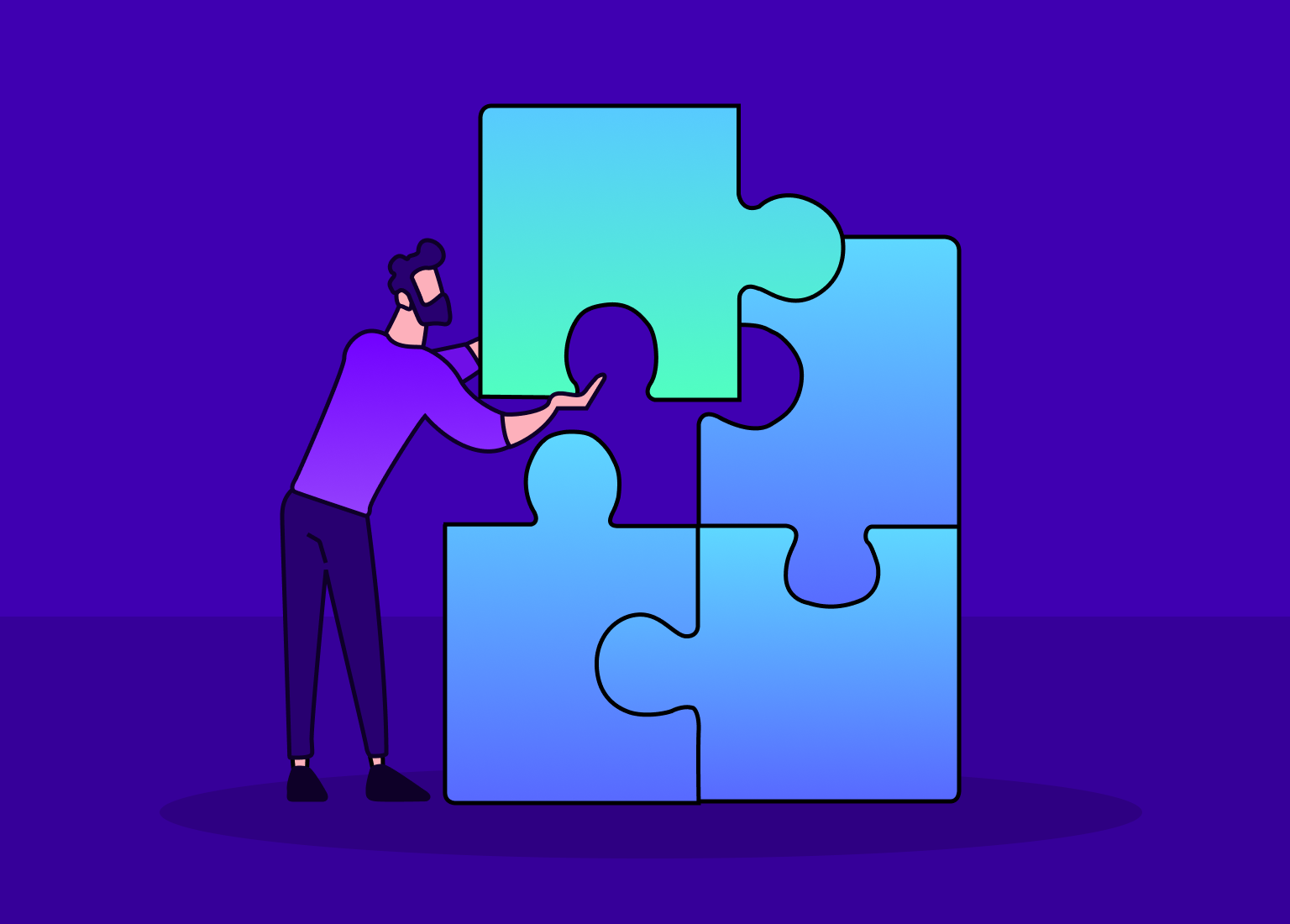 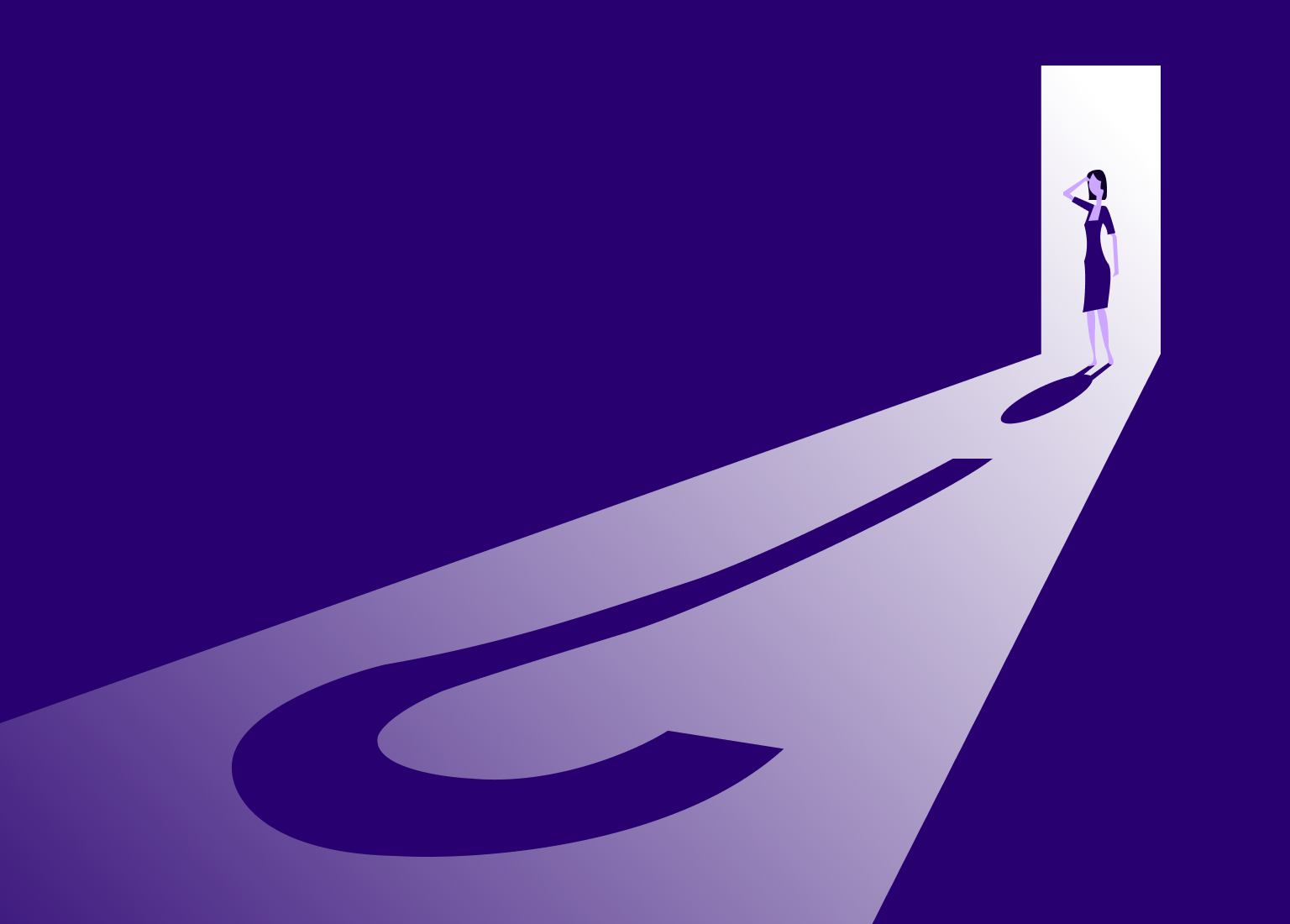